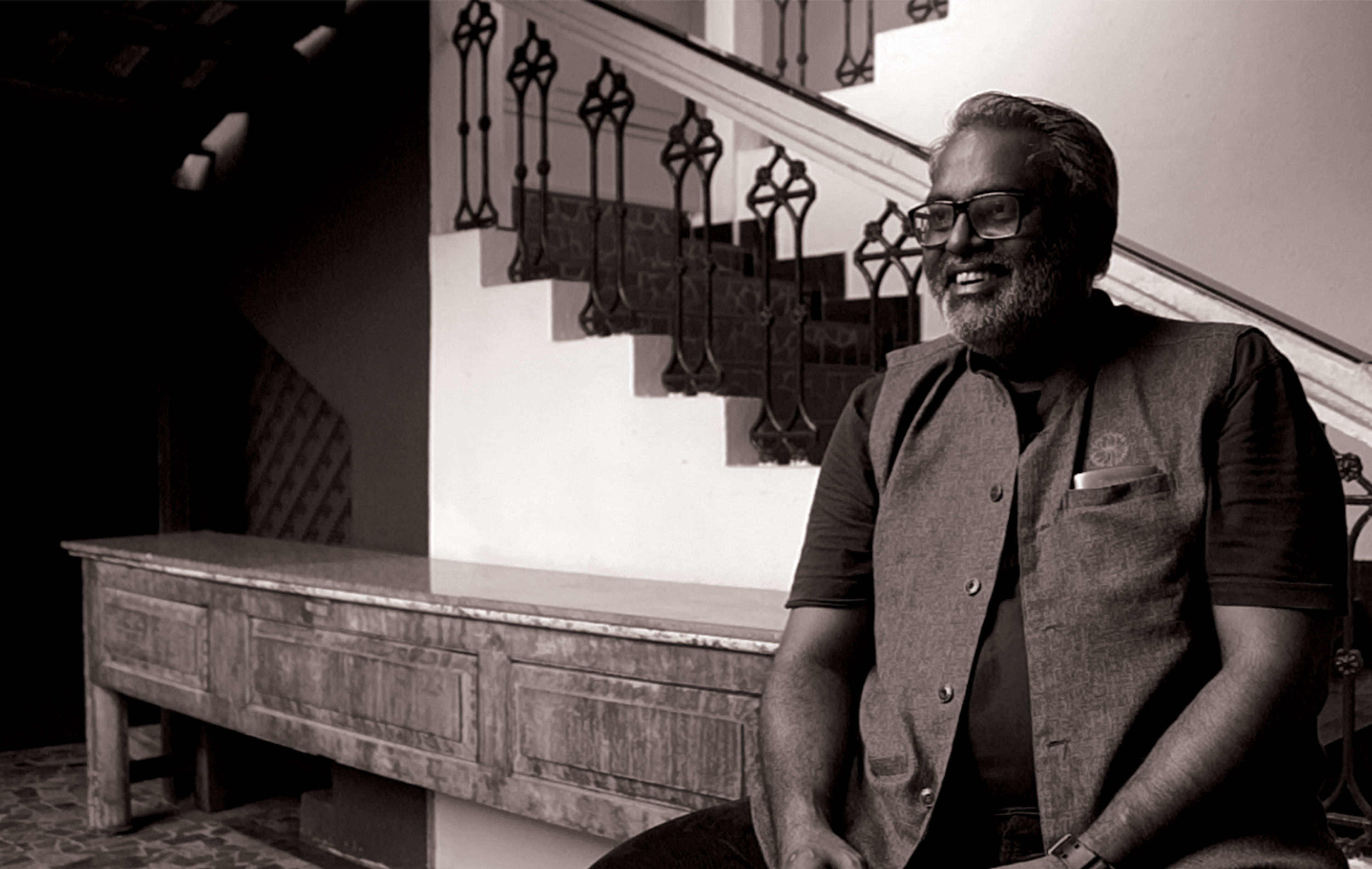 TML. As a member of the Jury, what do you think is the significance of The Merit List?

SM: Any exercise that tries to look at an overview of contemporary architectural practice in India and finds ways and means of articulating our parameters of excellence and what are our parameters of concerns, is a valid exercise in itself. I do not think we should question the validity of this exercise.

The concern is the fact that there is too little of this going around.

TML. What were your concerns before you saw the work in TML? What did you think would be your parameters to judge work in TML?

SM: My obvious big problem was that that I am not an architect. Although, I have had the good fortune of conversing with Charles Correa and a few other architects about architecture in general so my first concern was ‘would I be able to find the intellectual and conceptual tools to deal with the projects that come forward?’

Once I started looking at the submissions, I immediately started finding out what is good or bad with them. I could also find the language by which I could say if and for what reason something is not working for me. Soon I found that actually in terms of evaluating something even though I am not an architect, I think I have enough grounding as a film-maker who has made some films on architecture to be able to evaluate critically.

TML. What was your response to the width of work you saw as a part of the Merit List?

SM: First of all, I was dazzled by the number of entries. I must admit it was a mixed reaction – on one hand there was very much a case of trying to move out the ordinary from the extraordinary [because there were quite a few ordinary projects also] but on the other hand, every once in a while something showed up – something stood out – and I could see that architecture is alive and well in India.

One tends to be slightly dystopic thinking about the present situation and feel that the days of the great masters and the geniuses are over.  We also hear that by and large, architecture is a more builder-led, contractor-led, commercial, market-oriented practice. But every once in a while I saw that there came a project where the architect had managed to carry everyone – the client, the market forces, etc. etc. – and yet there was a voice that one could clearly hear.

TML. And after the entire process, what persists as the major issues that you have with the work that was evaluated in TML?

SM: Firstly, I would like to comment on the process itself. I think it has been a very nice, beautifully constructed process of allowing us time to measure, select send our recommendations. In the Jury meetings, we had an opportunity to re-visit those decisions so there was no question of us throwing a dart at something to hit or miss it. There has been enough time for the jury to arrive at a very comprehensive vision and revision of whatever we have looked at.

I also think there was enough time given to each project to discuss – sometimes threadbare – the merits of each work. I am very satisfied with the process. There was nothing haphazard, clumsy or ad-hoc about the process.

At the end of this whole process, I would say my overhanging concern is that the level of excellence one would desire in Indian architectural practice, is wanting. I think it is not just limited to architecture. Culture itself seems to be in a crisis in India. And architecture is no exception.

We can definitely see in most of the projects that there is an idea but it fails at the level of execution. Sometimes the buildings we like develop from a very simple idea which is just executed very well. As a jury member, one is looking out for that very original, very vital voice that puts everything together and for which there is uncontested approval. Though they are very few and far, those kind of projects are of significance to me.

TML. Given a chance, how would you change the process for the better? Ant critique / comment on the idea of the Merit List?

SM: I guess the next step would be for TML to include site visits in the process. I would also give a much prescribed format to each architect to fill in because generally I have seen a lot of purple prose in terms of the text they send along with the project using all kinds of adjectives for their own projects.

If we force them to articulate their projects from a clear standpoint, they themselves will probably go through a process of self-evaluation. They may not be so trigger-happy in sending off projects for consideration then. Also, TML must get more and more people and projects in because god knows in this whole clutter, maybe there is a gem somewhere which we didn’t find ! So are we comprehensive enough in soliciting the entries? That is the question.

TML. Any closing comments on the concerns and issues that we discussed on the side-lines?

SM: There are. I feel that architects and film-makers are very similar because we are artists who cannot function beyond and outside the market. We need money and patronage for what we do. And the more individual and original we want to be, the more the market seems to resist it.

So I think there has to be an agency [like the state which used to support good films and architecture which now seems to have abdicated its commitment to excellence] that supports talent and originality. There are sometimes very passionate clients – industrialists and patrons who could take risks and take a flight on faith but in general we must seek ways through process like TML to generate narratives that are parallel processes – almost political process to lessen the grip of the market in our lives.

As artists, we must recognise a political agenda parallel to our artistic agenda as the two are not un-linked. We must steer this process to create an agency that can influence policy through direct and indirect intervention. Just as the state can define regulations, FSI, built-up areas etc., the state can be influenced to define polices that can create better architecture and films.