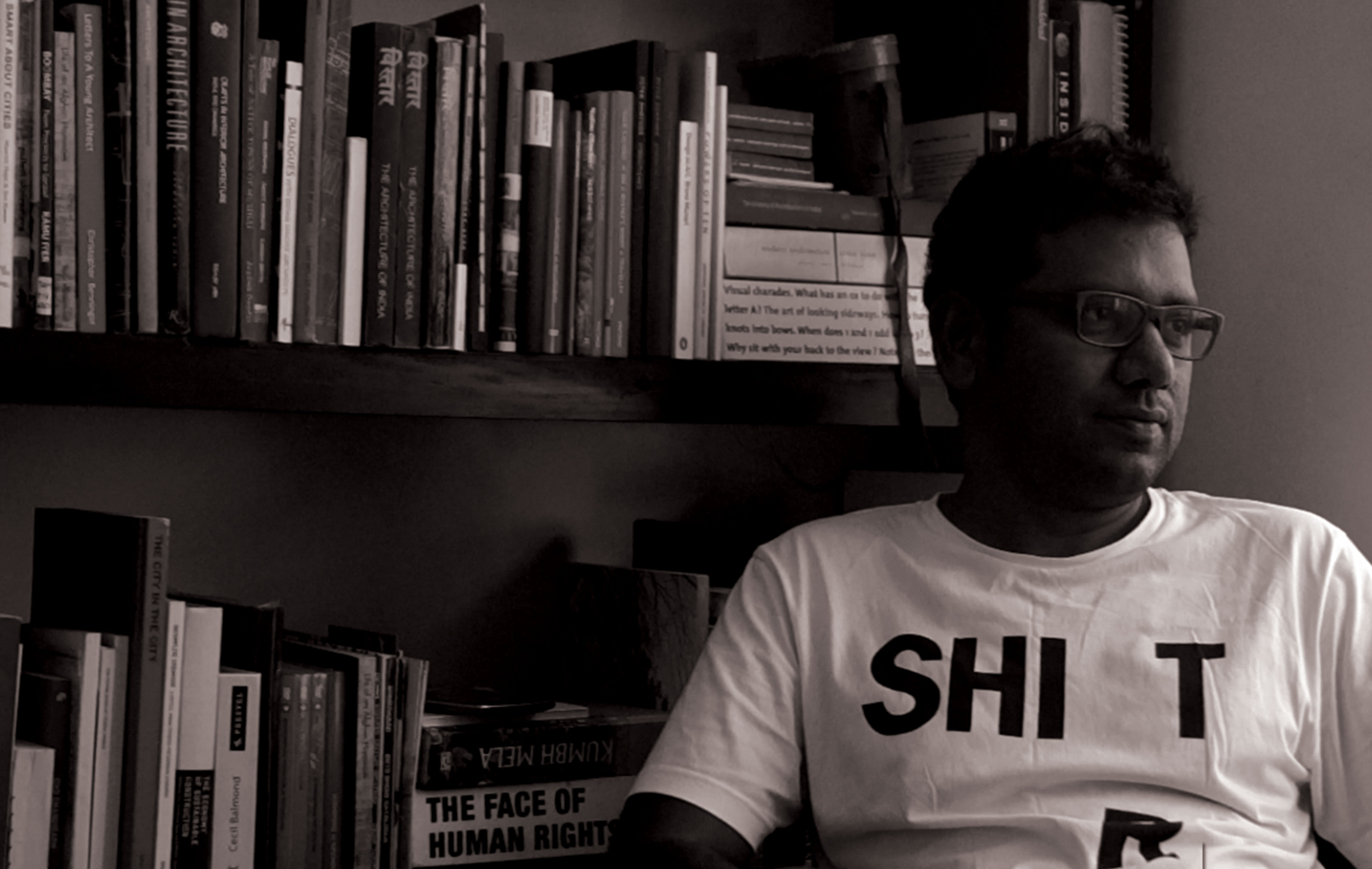 TML. As a jury member, what do you think of the process of The Merit List? What was your initial reaction the idea?

MR: The fact that it is not an award with specific categories was, I thought, exciting. I think it is important that TML is a list of projects which has to be discussed purely on the basis of their content.  I appreciate that the process of selection and evaluation was transparent with three rounds of selections and reduction from more than 200 project submissions to a handful of projects that formed The Merit List.

For me, the fact that it was a peer-review was quite an exciting start. That really added a whole new dimension. TML did not try to look at references because we all know the issues that we deal with on day-to-day basis and that made a huge difference. The way it was conducted was fantastic: it was very rigorous in its format to even arrive at a short list of projects.

I do hope that we can carry this forward because in the Indian landscape of architecture you really need unbiased, objective and critical talking points. I think that an objective review is very important and it really has a long-term role to play if that objective is upheld throughout.

TML: What was your initial reaction to the kind of work you saw as submissions to The Merit List? Were you happy with the sort of cross-section or do you think that a lot of it was missed out on?

MR: Going through 200-plus works was a difficult task in itself. To read through the text and to try to get an understanding of these projects was a bit daunting in the beginning. But I think my immediate reaction considering these are works from across India was the absence a pluralistic expression of this entire landscape.

Maybe predominantly, these were submissions from the Tier-I cities but there is a lot of work in Tier-II and Tier-III cities and even in rural India – which I thought was missing. Even now, after the complete jury process, I think that the pluralistic landscape of India was under-represented.

TML. While looking at this work, what were your key concerns or issues that you thought we must address through the TML process? Do you think we have successfully been able to do that?

MR: To an extent we were successfully able to gain what we set out to achieve because I think we are at a point in history where we are in this state of crisis: a crisis of imagination. I do not consider architecture outside of that crisis. Architecture is very much a part of this crisis and I think much more so as compared to other disciplines or other forms of art.

Having said that, I use TML and the submitted projects as a lens to ask questions like what are the current challenges? Have these projects tried to address them?

TML. Which are the pressing issues that – according to you – emerged from this discussion or ones that you think we must urgently address?

MR: There was a lack of diversity in terms of typologies which were submitted for this list and because of the lack of diverse typologies, there was some repetition of design approaches.

Ideally I would have liked to see work that has a much greater investment in pertinent and current challenges. How do you work with the city where architecture does not transcend being primarily viewed as a built environment?  Most of the work we saw stops at the level of being an artefact. It tries to make the connection as an experience but it does fall short of adding to the larger environment and fails to generate a dialogue with the city or a dialogue with our current problems.

I think that at a broad level, the challenges were not represented through most of these projects. For me, that was the key aspect of project selection for The Merit List.

TML. Now since we are through the 2015-16 round of evaluation, how do you think we can make it better? Where do you think is the scope of improvement , both in terms of process and in terms of seeking good work for the Merit List?

MR: I come from South of India and we have been hardly a part of the conversation on architecture post-Independence. There were few celebrated architects but there was a lot of very interesting work happening in 70s and early 80s in India that went un-noticed. None of this work actually had any kind of representation in the larger Indian architecture scene.

The discussion was always about Ahmedabad, Mumbai and Delhi and now it has extended to Bengaluru and still Chennai does not have any significant presence. Part of the reason lies in the economy or the way the framework of the economy of the South shaped its architecture. But now there is an opportunity to seek out good and relevant work from every single corner of the country; be it projects from the desert, to the mountains, to the beaches. There is a scope for The Merit List to do that. For this, a good network of architects from these different zones and their nominations will make a huge difference.

Going further, it will be nice to see that variety addressed through this network – through nominations – and to extend that reach of architects to even other disciplines of art and design. I would recommend The Merit List to do that so that this conversation is not limited to architects and their buildings. Maybe artists and dancers can recommend projects in the future. Then we will start to start to participate and have a conversation with other disciplines. This is where architecture will start becoming cultural.

This diversification will help TML to solicit projects that have completely different starting points, design approaches and responses which would be very important for us to share and talk about.

TML. Any closing comments or any critique on The Merit List?

Another issue is that we hardly have any ‘public’ projects which is probably the largest kind contributing to the built environment inspite of the absence of architects and that is something very important to talk about. Maybe, you can extend The Merit List to the built environment and not necessarily projects. Submissions can even be a heritage conservation project where you are not talking about an artefact but you are talking about history or a slum redevelopment project which you can discuss in context of the larger problems / concerns. We must continue to have what we have as The Merit List but maybe scale it up and extend its scope.