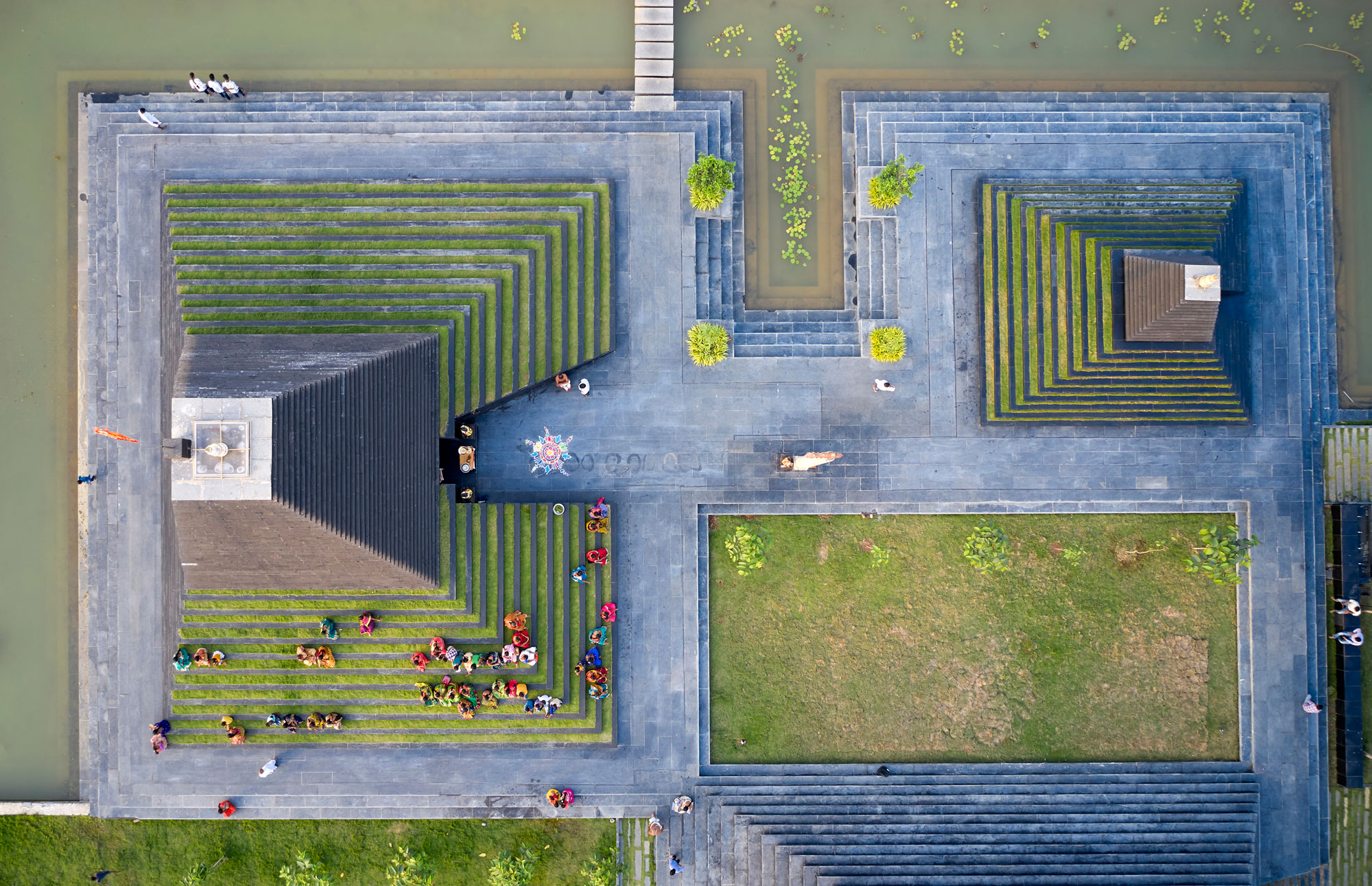 Designed as a public place, the Temple of Steps houses a space for worship and ancillary functions within its formal structure. As a religious structure, the architecture attempts to resist traditional iconography in favour of a contemporary expression that now only creates a new imagination of the space but also engages with the landscape of the site and the immediate terrain.

When one is confronted with building typologies with strong historic commitment to stylistic and symbolic content, the ability for architecture to represent the idea in a contemporary voice without being outrightly rebellious becomes critical. In this case, the form of the building does represent the traditional hierarchies and gestures towards the implicit symbolism. However, through the finely articulated steps that change gradient to create the form, the design can engender newness and surprise without overt acrobatics.

The architecture of the space extends beyond the built form and into the landscape as the steps lend themselves for the edge of a waterbody and extend into numerous intervening green pockets that surround the temple. While the formality of a linear access is retained, the plan is mindful of informal, transverse, and intersecting movements that enhance the experience of the space at the human level. The fine spatial quality is achieved through the abstraction of the idea of the temple on one hand, and the quality of detailing in stone on the other. The choice of material enables the building to stand in contrast to the landscape and the industrial backdrop thus exaggerating its presence in the context.

Temples are omnipresent religious typologies in India and have a strong affinity towards ideas of tradition, continuity, and ritual. Through an approach that neither outrightly refutes the core elements demanded by the programme and nor submits to its compulsions, the architects, Sameep Padora & Associates, are able to create a space for ritual, congregation and delight and therefore, the Temple of Steps is a citation project in The Merit List.