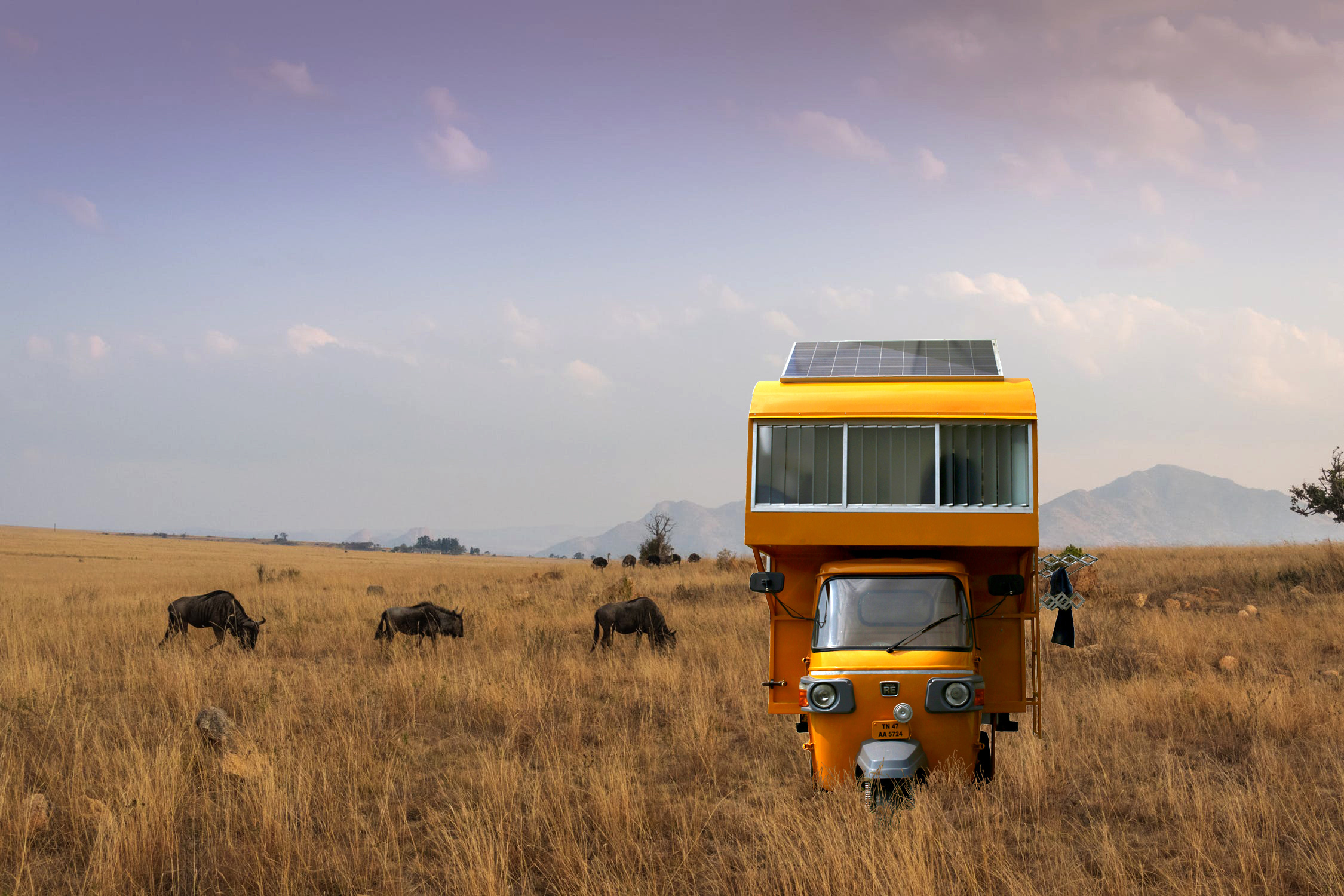 Envisioned as an independent, self-sufficient, mobile unit for off-grid living, the Solo 01 is both simultaneously – a dwelling and a vehicle. Built to attach to a six-bolt chassis, the unit encompasses all the necessary and sufficient amenities for an independent space to live – a compact campervan that can be moved and placed anywhere for an outdoor experience.

Planned for a single person, this self-sufficient unit can also be imagined as a replicable idea. Fitted with 600-watt solar panels, the unit generates power for the basic amenities to run within and a 250-litre water tank is mounted on the roof. The design has committed significant attention to detail with finely crafted interiors and a significant thought towards the materiality of the space.

The design of the unit is thoughtful of the generated waste. The space also accounts for a small retail front – a facility that can be used by vendors to make a living while on the move. For the construction of the prototype, the designer has utilised scrap metal and salvage as a model strategy for the future production of such units. The six-bolt assembly also enables the user to disconnect the unit from the vehicle and use the design as a static module.

In an increasingly consumptive world, it is commendable to witness the way in which compact spatial ideas can be vital in provoking a thought on alternative and sustainable ways of living. Venturing beyond the obvious functionality of a mobile home, this project is able to create a workable prototype bypassing the complexity of an industrially mass-produced automobile all the while retaining the wonder and newness of a fresh idea and therefore, Solo 01 by Arun Prabhu NG is a Citation Project for The Merit List.