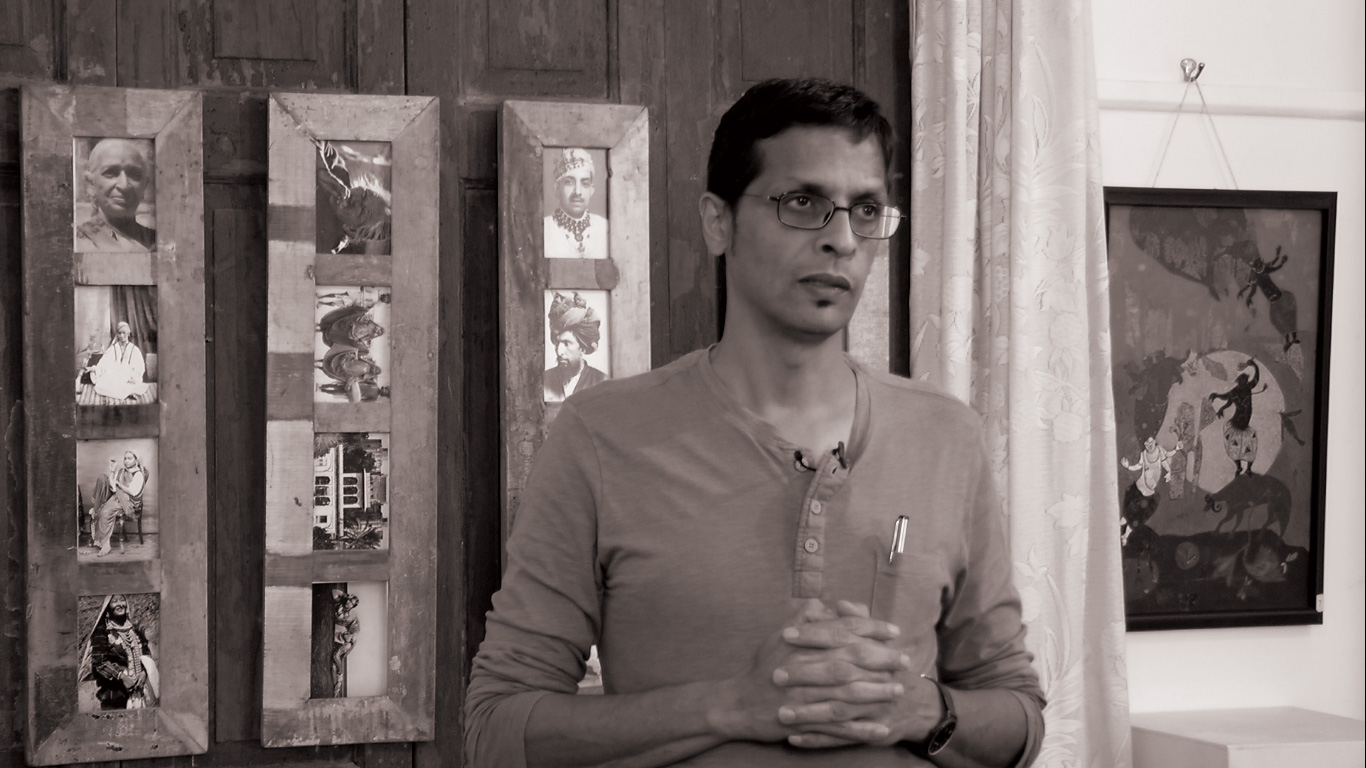 TML. As a member of the jury, what were your initial reactions when you reviewed the list of 225 projects? What were your considerations or criteria when you were making your selection?

VN: Of the 215-225 entries that I saw, there seems to be a cross section of ideas. The ones that came to attention were those which had a very crafted idea – some seemed to have materiality, and some of them seemed to be process based, and some of them seemed to be context-based. These are the things that caught my attention. And also the ones which had restraint but good detailing, in terms of architectural projects or a larger community approach, an inclusive approach. There were a few of them which seemed to catch my attention,  some of them were very small but still, merited that first glance, and then there were others which were more larger projects, which made claims of being buildings which had to be noticed. So, those were the buildings which one looked at; for instance, the School of Architecture in Vijayawada, or the engineering colleges. These were all put together in one bunch first.

I went through and filtered many of the others which did not have the care that you would expect of a project at this level. Thereafter, I felt that in the three categories that I spoke about – one is the kind of well-detailed architectural material-based approach, the second is the more community or ecological idea, and the third one being the ones that were noticeable because of the programme. From there onward, I felt it was important to select worthy projects which were able to articulate their idea well, whether it was a process-oriented idea, or it was an architectonic idea or it was a programmatic idea; how well they did it. I shortlisted from there.

TML. The Jury process was conducted in two parts – one where you had to make the selection independently and then, the consensual building exercise. What is your feedback and comment on the Jury process?

VN: When I went through the projects on my own, I seemed to sense that restraint from your brief – not to categorise things in terms of typology. And I really appreciate it because I feel very strongly that good architecture can happen anywhere, and we do not have to bunch them together in terms of typology, but maybe you can recognise connections between different projects on the basis of how certain values were established. That kept me going and so I was searching for rigour, inclusiveness and contextuality-appropriate ideas. These were the connections, that I felt were very necessary for our culture. What is necessary is appropriateness especially because there is a frivolous and imitative way of doing architecture, by and large, and not to encourage that, and in fact, encourage a sort of a rigorous understanding of what is the programme, what was possible and what is appropriate with these things. In the discussion, the same things came back, and I think I am very happy with the way that we managed to unfold these things during the discussion.

The value-based approach has its merits because, then you are not talking about only composition or architectonics. Although tectonics is a very important thing, it is overrated right now in the way that you see it in the publications and awards. We necessarily need to underplay that, still give it importance but there are certain other things that are extremely necessary to recognize given the fact that we have very palpable climate change happening, palpable issues of pollution, and palpable issues of economic imbalance. Hence, there is a need to look at projects which are concerned about these. I think that did come through. Perhaps, we were a like-minded jury in some ways and you could recognize that these are common concerns that most of us share. And these are the forums in which we express the significance of discussing and debating these values.

TML. Could you comment on the 11 projects that have been selected as a part of The Merit List as a collective set? What does this year’s Merit List represent as a selection?

VN: Of the eleven projects, most of them have this character of being crafted well in certain parts – of being sensitive to the programmatic agenda, and somehow keeping a spirit of what is necessary. There is this vast range of indulgent projects that you see everywhere. Whereas these projects demonstrated that there is a role for an architect who can persist with values that will establish what is necessary, what is excessive, what is appropriate and in terms of economics, in terms of inclusiveness, in terms of culture, in terms of the public openness, and in terms of ecology. I think these are the things that tie these things together.

However, I did think of certain things in the projects that we saw; there is a lack of clever, intelligent, and innovative use of strategies for dealing with ecologically sensitive approaches, for the challenges we face. That does not seem to have come into the discourse very much. Leaving that aside is hard for me because it is close to my heart.

But if you leave that aside, in this set of projects, there is definitely a concern for how the building is put together; ‘What are the materials I will use?  How am I going to craft them? What are the kinds of spaces I can offer that will go beyond just the ordinary? How can I make these spaces special for the inhabitants and the user and at the same time help them negotiate whatever activity they have planned for it? How can it become more than a space just to accommodate that activity? How can it energise that space?’

These are things I thought were common; if you see at the Auditorium in this small town and it has this wonderful geometry, like the Gandhi Ashram open air theatre, these are very minimal materials, minimal interventions but so masterfully done, so beautifully done. There is a certain charm to this kind of an approach because it is sensitive, it is gentle, it is well done. These are things tying all these projects together.

TML. Any closing note? Or a general set of observations on the process or recommendations for the subsequent cycles?

VN: It would be good to see a wider range of projects. Largely, there seem to be projects which are more crafted and smaller in scale. There seem to be more private projects, in the bulk of the entries we got. There are many small, big and medium sized interventions in government projects, institutional projects, schools, which are actually very critical spaces to design. If we are able to get more of those projects, it will be nice.

There are 30 per cent of projects which are private residences, about another 10 per cent are offices, which probably do need attention but there are many awards that seem to recognise them. It is hard to go beyond the basic family programmatic issues in the house, unless the residential project deals with more than the issue of just a basic house programme. It is hard to right now, to compare the projects which are happening in complex sites in public spaces with the challenges of involving community, etcetera. Hence, we need more projects that can actually show how different processes are successful in different circumstances, with the architect being a core part of the team, and still collaborating with different people because the collaborative nature of the practice is growing, and it should be encouraged. I want to see how architects are able to now be a much more collaborative practice than the typical individual consulting firm, and so it would be important to start with small collaborative interventions, to the larger ones. How do we get The Merit List to be representative of the wide range of projects that are happening in our country? Especially, infrastructural projects. There are so many infrastructural projects which actually need good design intervention. Maybe it is happening, but there are very few forums where you can look at these and say, “This is good work and this needs to be merited.” I would like to see how the organisers can be reached out to, not in an advertorial kind of way, but as an outreach to this whole vast set of infrastructural, government, public projects that are happening. How do we then recognise the architects’ role in these projects?