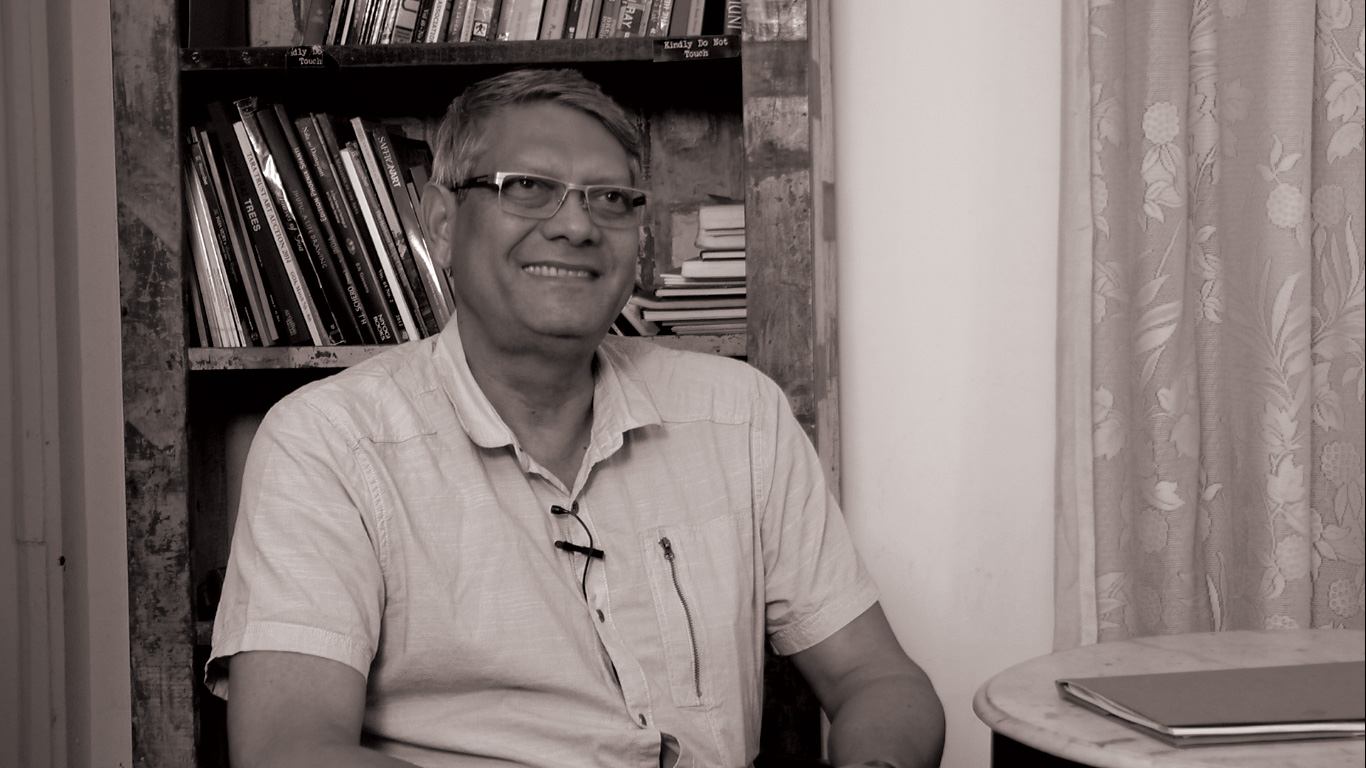 TML. As a member of the 2018-19 jury, what are your comments and observations on the process of The Merit List?

DD: The fact that you all actually asked the jury members to shortlist on their own separately is very interesting, and then actually start with assigning values to them by the number of people who selected a particular project. That gave us a chance to actually review projects, back and forth a little. And because of the back and forth, one actually goes back to the merits of the project and collectively, since each one of us come with the bias of a certain sort of approach, you get the social angle, environmental angle, material angle and others. Having that opportunity to actually visit the thing and rate them initially by the number of people who choose it and then rate them collectively was an interesting take which I found rigorous in its process.

TML. What were your initial reactions when you reviewed the list of 225 projects? At the end of the process, what are your final set of observations on things that you feel were missed out?

DD: I think, the way you all set the template for them to write. Because initially being part of many juries, your first reaction to a building will be to note its visual, to look at form of the building, the way it is. Here, you are actually allowed to go down on to the intent, how the building behaves, what sort of materials used, the area, what is across the building, and that is very important, because usually we never go down to the details. We rely on pretty photographs to actually assess the building. So I think that ability to go to various planes, even allowing little videos to show things, and a lot of times as we saw when we went through the jury that sometimes the video would be the clenching aspect of the building where you actually get the emotive aspects of people speaking about how it was built, and the way it functions. I think that is so important that, it is almost like being there alive on site, you know, which with like the Aga Khan Award, it actually gets an assessment when by visiting the building, and which we miss out in most juries, and allowing that video of people actually speaking about it, almost gets that level of being very personally connected to the building. So, you are not even looking at the architecture. Actually, speaking to people who, who have built it, who are living in it, responding to it in some way, the users of it, and that I think is very important to do.

TML. Can you articulate some key concerns that the assessment of these particular set of projects might have missed out on or that should be encouraged; concerns as the member of the jury that you found missing from the larger selection or the kind of work we do as architects, in India?

DD: Over the years, we have seen a progress in architecture where it is slowly responding to today’s issues, whether it is social issues, or environmental issues, but I still feel, looking at these entries, that a lot more needs to be done. I think the sort of crisis that we are approaching with, such as in the environmental crisis due to climate change, social strife that is taking place, is not being addressed enough and I was really hoping that these things would be seen. The simple slap-dash, the approach of putting solar panels or green walls, or the vague, giving a very cursory glance to making, and taking things in the public domain and truly responding to them was very lacking. So, buildings at times which have a certain arrogance to these issues, you know, that ” Why we need to address it, we have the money?” or “We do not need to actually take any other people on board”. And I hope that buildings really are far more sensitive, and compassionate in that way to the needs of society. And we really need to address this soon because architecture can be a change maker, and if architects can actually be sensitive to these issues I think it can make a big difference. And I think awards like that, if they celebrate these approaches can make a big difference to young architects, taking that path.

TML. Can you comment on the final list which was chosen by condensing the 225 entries to a list of 11 projects. As a member of the jury, what do you think the final list represents? Does it point towards a particular set of values and with all these points compiled together, is it representative of something?

DD: I mean, while we are maybe celebrating to some extent individual buildings, I think what we get to see, because we are seeing such a large gamut of buildings is a pattern. We see approaches to urban interventions, things on an urban scale, things on a social scale, things dealing with education, with healthcare, with basic living, the sort of parameters that we have to address as architects. I thing being able to see all the issues in a particular typology, makes us aware of where we are heading as a society –  how we are really looking at these patterns. In some of the buildings, such as the conservation projects, it is not just the question of preserving those buildings how it is really responding to today’s need, or buildings which are of institutional scale. Are they really capturing the context or the ethos of that people are catering to?. I think we are looking beyond the buildings and seeing the deeper aspects of how the architecture is being responsive to such issues.

DD: It is the first time that I have been on a Matter jury, but from what  I understand from previous juries, it is expanding a great deal and the fact that now a lot more people are submitting their projects indicates that there is some sort of respect that they have for the jury, especially in a time when there are hundreds of juries. Material manufacturers and other organisations that are organising these things, and it is more to market products and things like that. But here is a jury which is really trying to value architecture in the right sense and dialogue with people who have even submitted the projects, or with the general public and say that we really need to talk about these issues. It is not a question of “This is the winner, and this is the commendation of what is something”. It is to start that dialogue that’s extremely important, and I can see that Matter is definitely trying to do that.