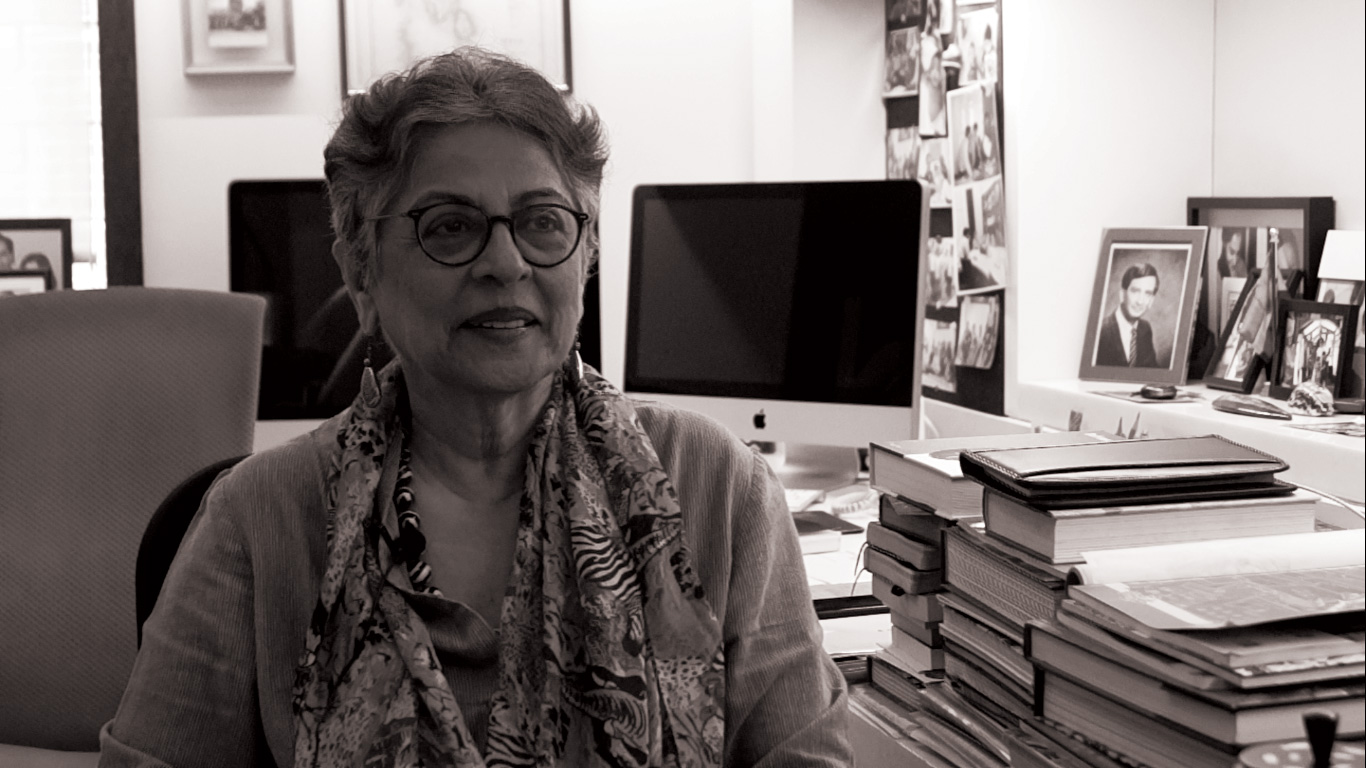 TML. When you first reviewed the list comprising of 225 projects, what criteria did you set for yourself to shortlist? What were you looking for within the body of submitted projects?

BS: It was quite difficult to set. Not just because of the numbers, but because of the great variety and differences in the work, both in terms of size, and in terms of location; one’s mind had to almost, go from one to the other. It was not a normal, standard format, where you have a particular topic. I think that is what I found really different, that there was no set topic for the jury and the entries were also not put into different slots, such as housing, or public buildings. There was such a huge variety of submissions. So, one’s mind had to work very fast and very differently, because we went in chronology, in order of the (serial) numbers, and number 7 would have been a tiny little house, and number 8 would have been a bridge in Chennai. So that back and forth was quite difficult, I think, that one had to adjust one’s mind, in terms of assessing the projects, as well, because of this complete change in all aspects of each project. That was my personal big challenge, and also the fact that the numbers were so many. It was not something that I could do in one shot. So I think I must have had almost four or five sessions trying to do, about forty at a time, and I found after forty, it was difficult to, to be able to assess.

The question was how to eliminate or reduce from 225. I think I shortlisted around 40 and then maybe reduced it down to 16 or 20. I think after all these years, it is not too difficult to be able to do that, because we are looking for certain aspects of the project – One thing was certainly about understanding the problems which are mentioned earlier, one had to assess each project for itself, and that was, that was the difference. One had to look and understand, of course, normal things, which is the site, the challenges, the programme of requirements, etcetera, and get into the architect’s mind and see how he or she would have resolved it, or how the resolution came, and the answer came from what was given to them. Therefore, one tries to understand what that challenge was, some projects were very easy to eliminate, because I did not feel that the answer necessarily was appropriate for the question. Also, calibre in terms of pure design or creativity was average; some, I did not think were appropriate solutions, for the location or for the function of the building or the site or other factors. That is how elimination took place and I was able to reduce it to about 40 or so, in the first instance.

TML. What is your assessment on the general quality and variety of the standard of the work that you reviewed as part of this cycle?

BS: There were a lot of very interesting projects. Often, the smaller ones were the most interesting. And I think it also tells a story that sometimes for small projects, people put more effort, time and challenges into it because one is able to afford to do that in a way, which sometimes is not possible always in very very large projects. If you see, there were very few large projects. Almost 70, 80% of the projects were relatively smaller projects, which also enabled, in many ways to have a higher calibre of design resulting. It is very difficult, sometimes, with large projects when one goes beyond the concept, but how to create the same quality of design, of ideas, of thoughts, of light, of you know, so many other things that make great architecture of spaces and volumes. That is much easier to bring across to even a jury when the project is more controlled and medium sized, rather than a massive project.

TML. The Merit List does not adhere to a specific ranking system, nor based on projects, neither on typologies. It is a list. Do you think that it is a valuable process to have an assessment framework of this nature? What is your critical feedback on the process?

You have put projects with exceptional architecture resolution or architectonics, larger-bin institutional programmes, but the scale is a factor. It is difficult to compare a very large project, such as a large station or a bridge, with a tiny little house, or not necessarily a big house. It is very difficult for any jury to be able to, to span that and to compare that. For me, bringing in these other sections, new ways of construction, heritage from multiple perspectives, the communities, intelligent use of space, (the six clusters) have now become very important in the way it has been assessed for this jury.

The clusters have been a good outcome of this discussion because just putting those 11 projects was a concern. I am very happy and very satisfied with the outcome now, that there are 11 projects, which span this huge range of different types of projects and their solutions, and the jury has chosen them by coming to a common consensus. Apart from that, there are these six clusters, which maybe, certain jury members would have preferred more than others, since after all, architecture is very subjective, and one cannot always be objective. It is very important that in a jury, that there might be a project which just one person has strong views about, but it still has value and it carries importance, because we assume that the jury has been chosen for their competence and their abilities. That means if a particular person has preferred a project that much that they have put it in a list, it is important to study that project and see why they have liked it. Others may have missed something in that project, and it appears that the process accommodates all that. And so, I am quite satisfied with the outcome.