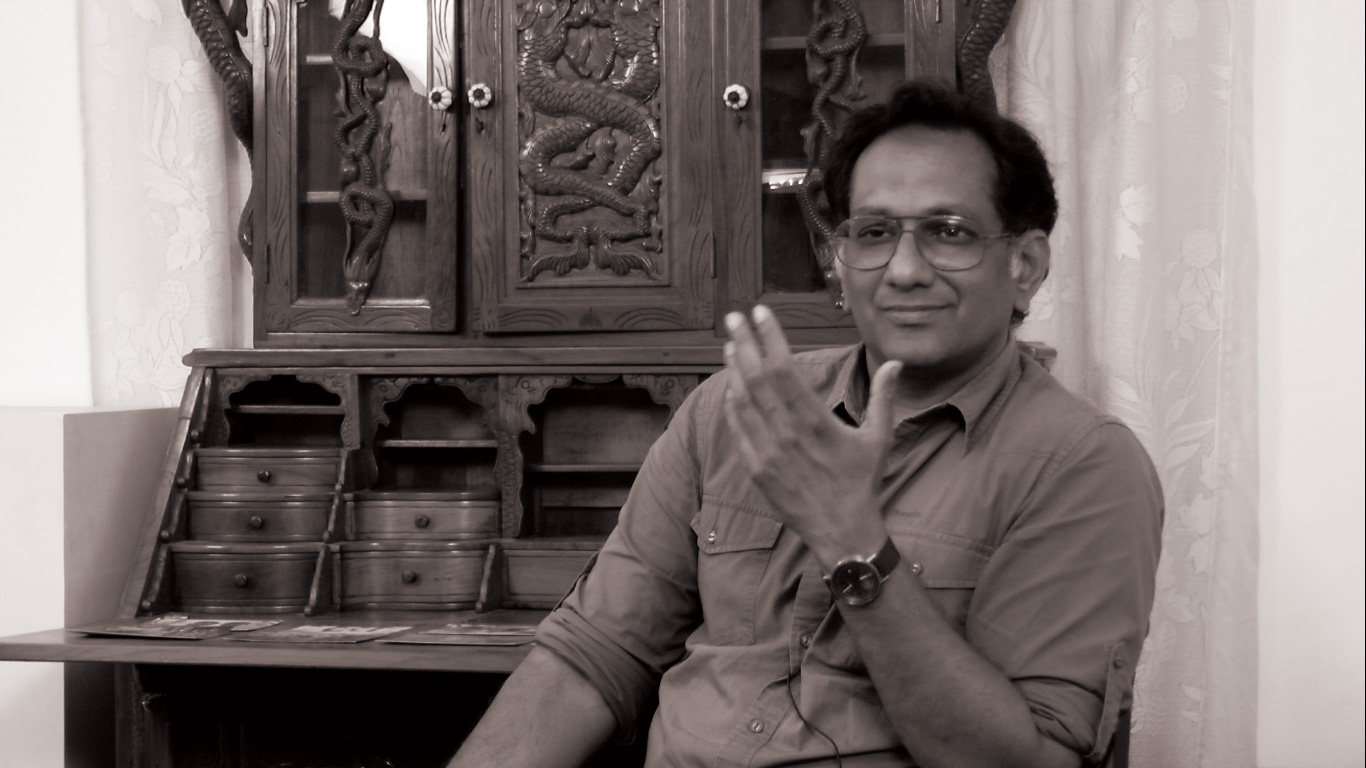 TML. As a member of the jury, what were your initial reactions when you reviewed the list of 225 projects? What were your considerations or criteria when you were making your selection?

RT: I think that my initial reaction going through the entire set of about 225, was that somehow the quality of architecture across the board seems to be maturing. There was genuinely a fair number of buildings which one could look at, and say that there is an effort, by architects from the smaller scale projects to the largest projects, to deal with complex issues and articulate them into an architectural language, into attitudes of making spaces, et al. And one could sense and recognize even in those that in some of the projects you have more opportunity and some in less, but you could sense that there is this urge to do things in an architectural manner, with a certain degree of intent.

The first kind of criteria that I used is whether those intents were visible in the way the building was articulated, made or was it something that had got lost in translation into a construct and, this of course was comparing both photographs with the stated intents of architecture as well as the context, conceptual drawings amongst other things. I think to be able to read the intent of what the architect is being able to do, was the first criteria.

The other one was the relevance, and importance of what those intentions were, and the values that were coded into those intents. One, of course, doesn’t necessarily look at it in a very weighty manner; in the beginning, one just gets a direct sense of it. But these were the criteria. If I could see a relation to cite, which was well articulated or to the context or to climate or to the programme or perhaps to the idiosyncratic needs of a client, and they were well articulated or responded to, I thought those buildings had some merit. And they were chosen for at least the first cut.

TML. The Merit List process is established slightly differently from the norm. As a member of the jury, what is your feedback or comment on the process? How do you see it as a premise for selecting projects?

RT: There are 2 parts of it. I will talk about the process for a bit, because I think that the process was kind of a cleansing process for the jury as well as a process of selection. At least, what I felt was many times like I described earlier that sometimes you look at a particular kind of response to a site or to climate or to something about the project and, it follows a kind of an accepted trope, kind of an accepted methodology which you recognize, and it may be a personal bias or a personal interest that triggers a response to that project. And thereafter, when you actually get into a discussion on that project with three or four other points of view, you realise that this is a trope and does not have the kind of strength you ascribe to it in the beginning. There is a process when I say of cleansing, the kind of coming down to the core issues and questioning your own biases which I think is very important for a jury because otherwise, you just bring a personal perspective. The kind of jury that we had over two days deliberating on these 220 odd projects or at least 70 projects in detail really brought this out, in a fundamental way to question what are the values that underpin the projects that would be chosen. I think that the process of cleansing is of responses, architectural, formal or perhaps, conditioned responses and actually concentrating on values. Perhaps you were giving greater consideration to the projects that you did not like. That process as a jury member is very important and I think The Merit List jury format allows for that. That is one.

What came into focus was –

A.] That we are looking at architecture in a very particular culture context, which is our own, and sometimes a lot of the tropes I was talking about earlier are borrowed. They come through media, they come through imagery, and so on and you tend to unconsciously give that a certain unarticulated value. May be you do not know why, maybe it is just something that is predominant. And you tend to give it a value. And I think that when you get into this kind of rigorous process, you question that. And a lot of that goes away. I think the fact that certain types of responses, I can say with concrete example such as the school in Hyderabad, is so particular to the kind of cities that we have today, and, a very strong need to engage with those type of urban contexts, that type of project was given importance or thought there was value in that. In order to arrive at that process, this format was fantastic. I thought in the jury process, some of the discussions were wonderful. In understanding what is in ‘appropriate architecture’, a word that Dean used, for the context in which we practice, and the context in which perhaps not we individually but even the other architects who submitted their entries practice and therefore to, and excavate the values that would be appropriate practicing in that context, and the building in that context, which I think was the stand-out feature of the conversations that we were having over the two days. Even two or three points that I can perhaps use as case in points were the constant use of emotive words to describe the value of buildings. I can say respect was one, care was another. These were words that came up again and again when we were discussing building as to what is the kind of respect that the building has for a context, or another building, or a street edge or what is the care with which it is made and I think these are words that start coming in when you start looking at buildings in a particular way.

I thought this was the wonderful part of the jury. I also think that it allowed humour, and that kind of informality in discussion. Also, allowed that to be reasonably different opinions about buildings, without there being any kind of aggressive tensions in a jury which can happen, but there is enough humour, enough give and take, a project is dismissed, relooked at again. There was a fantastic sense of relaxed conversation, I think is a good word to use, by which the jury process went on. I think that only happens when you give it enough time, I mean, if we are to do the same thing in three quarters of a day or in the evening, I do not think this is possible.

TML. Could you comment on the 11 projects that have been selected as a part of The Merit List as a collective set? According to you, do they represent a certain set of ideas or values?

RT:  I would say, people. Projects that were able to engage with people in different ways whether they were children, whether they were labour, whether they were craftspeople, whether they were communities of inhabitants in an area, livelihood to be dealt with or education had to be dealt with. I think, largely, and even the projects which were more conventional; for instance, an auditorium, the way that it actually thought out how people would use it was the focus of the discussion. I do not think this was in my mind when we were doing it, but just now when you asked the question, it suddenly popped out that this was the core that tied up these 11 projects in my mind. Whether you are looking at projects, and maybe we will look at that later, but even in terms of the ideas that we discussed in some of the other projects, it was finally how either environments in which people are invested in stakeholders and how the building responds to that. I think that was one of the key issues that was not necessarily stated but underlay all 11 projects.

I think the other one was just the word I used earlier, care; how carefully a building was made. And how much engagement was there with the entire spectrum of material, and I mean, material in terms of organic material of trees, the grounds and all of that; I just mean material and how it was dealt with, across the board.

These are the two that come to mind; I am sure there are more – we talked about values, and so on in particular buildings. But I think, if I had to look at all 11, these were the two that to me were very important.

TML. Lastly, if these 225 projects are representative of the architecture in India, what do you think was missed out in The Merit List in this cycle? What would you wish to be there, in the subsequent cycles?

RT:  I think there is a surprisingly low number of entries that deal with housing. Those that dealt with housing did not show a single house plan. Not one of those apartment buildings that were there, and I think that is one of the reasons why I would dismiss them out. Coming back to your question, housing, certainly.

There are perhaps, two or four, if I can remember, people in the country who are dealing with urban design, and urban level interventions, not necessarily architectural, but are shaping the built environment. I think these need to be recognized, one way or the other. But housing more than this, would be a very important addition. I do think commercial projects need to come in, particularly of the scale of a township, because, I know architecture doing what was it, 10 million square feet a year, on this kind of stuff, and it is what is shaping our environment greatly. I think we need to have that, as part of this conversation and because, it is going to shape the way we live, for a while, I imagine.

I have to say that it is surprising how few institutions there were when I looked at the range; there were better than housing. But, how few institutions there were and I think, perhaps the fact that a certain scale of project deals, a certain scale of office deals with institutions and, I think, maybe to tap them  would be a good idea on your part, to follow up with them and perhaps make them understand the reason to be part of this conversation, or their projects to be part of this conversation, at least.