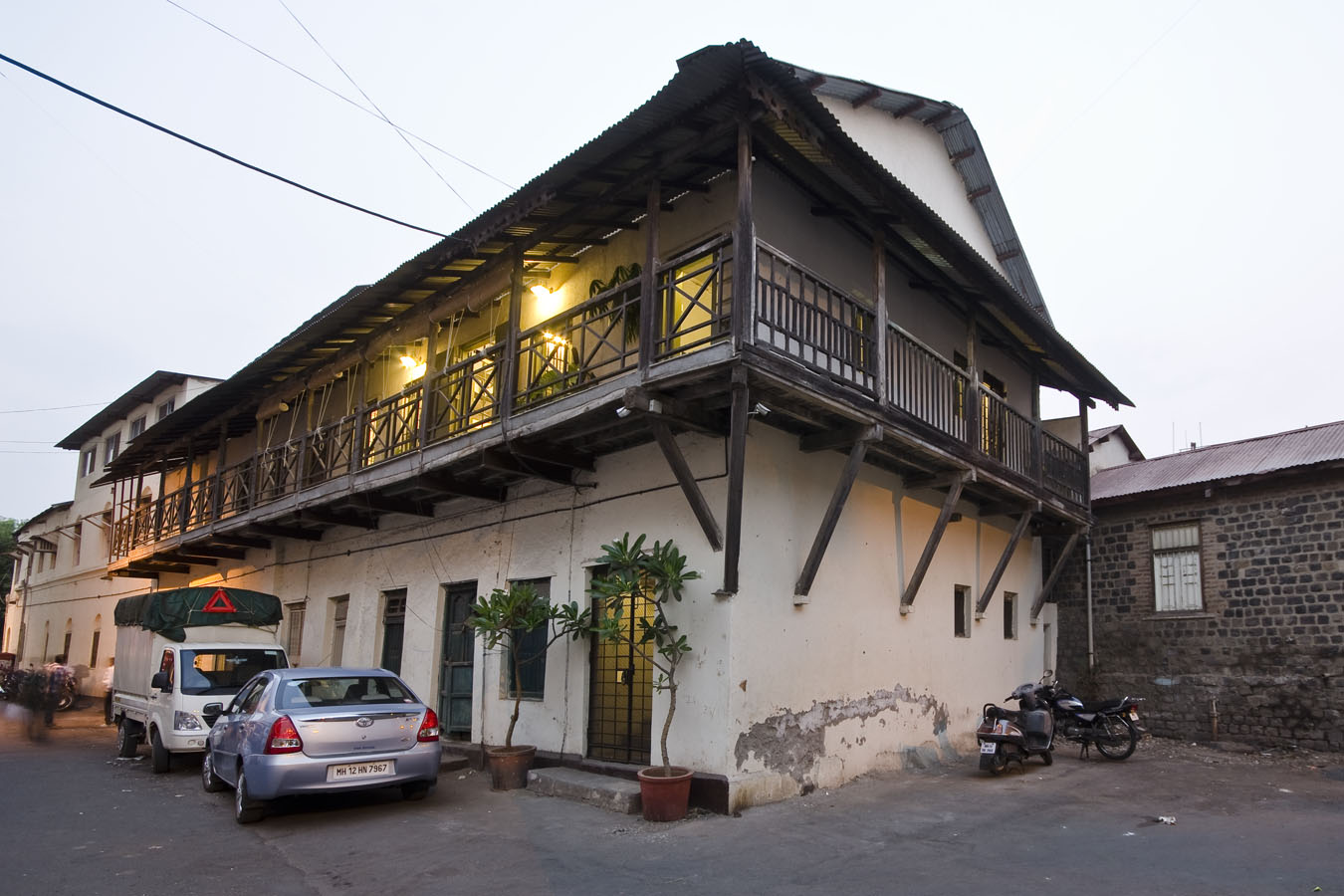 Studio 877 is housed in a re-cycled building that was built a century ago and exemplifies the sensitivity and ambition with which small heritage structures in the private domain can be revitalized through contemporary design interventions. A significant volume of built fabric in India’s urban and suburban contexts is composed of historic architecture that often finds itself unable to cope with the aggressive surge in development.

This building located in the context of a heritage precinct employs architectural thinking to introduce an efficient, modern and functional steel structure in a way that the old is allowed to co-exist in a negotiated balance with the new. The space within complements the envelope and a new life and meaning is rendered to the building without stylized changes in the original.

With the new roof is gently raised at the back to accommodate a mezzanine. The interior space has a quiet material presence and retrofits the core of the building with present-day use. Both the old and the new gesture towards the other.

As a small project on a limited budget, this architects’ studio is an important study into the essential role of the architect in dealing with the past in all forms and with due respect; all the while avoiding a compromise on the new demands of contemporary function and new aspirations from the space and therefore, Studio 877 by Khushru Irani Design Studio in Pune is a citation project for The Merit List.