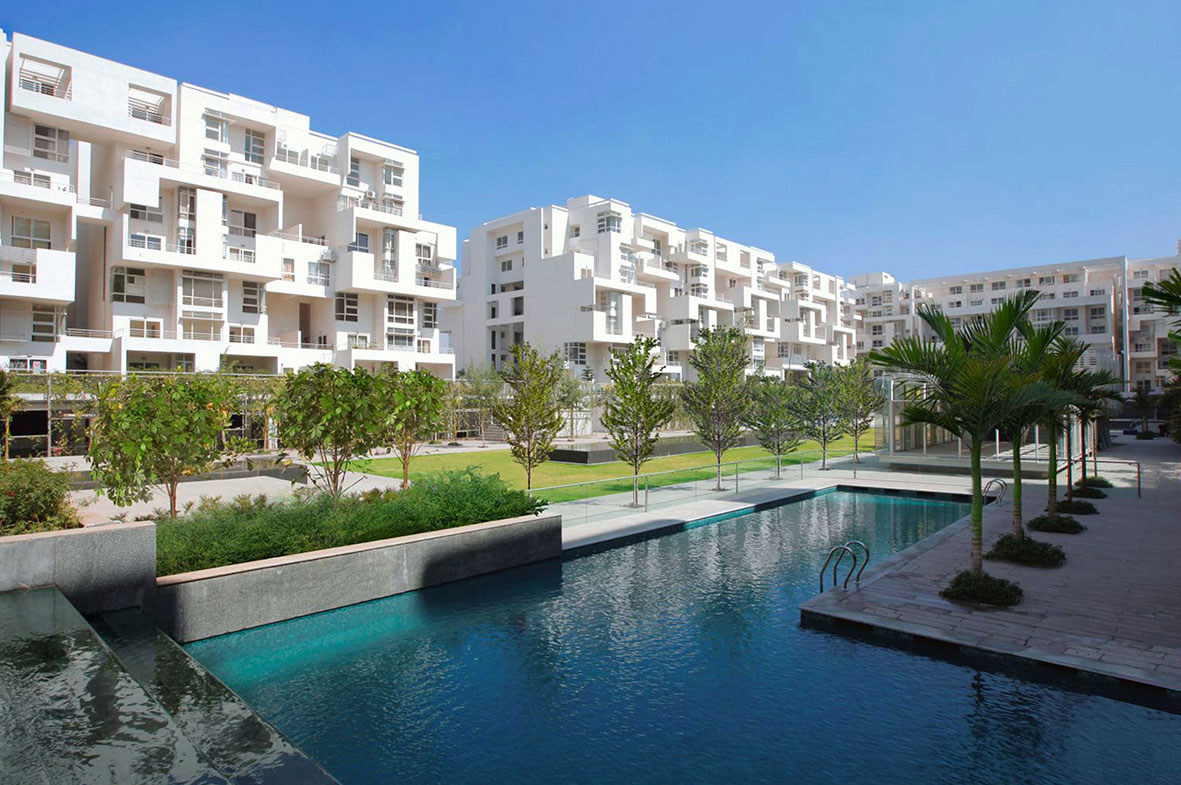 This project in Pune by Mindspace for Rohan Developers is a modern developers’ housing scheme designed within the same parameters of market forces, commercial intent and limitations of the F.S.I that are consistent for most commercial projects. Yet, the architectural expression is not confined to tweaking of the façade and the mathematics of floor-space. The architects take on the challenge of rendering quality to life and environment within the design constraints and succeed at many levels.

The project extends beyond the challenges of a developers’ housing through its articulation of individual units that form clusters that open into a central, landscaped community space. The porous façade of the buildings that enclose this central space respond to the human scale by creating punctuations through windows, split-levels, staggered terraces, double-height volumes and broken corners that allow a greater access to the sky.

The building complex generates variety and complexity by its rejection of the monotonous floor-plan that is typical and profitable in a developers’ housing. Instead, the design brings out a ‘theme and variation’ strategy that lends itself to a possibility of a better living environment through permutations and combinations, all the while attempting to maintain the general efficiency of the scheme.

In a typology that is largely governed and driven by commercial interests, the architects and the clients take a leap of imagination that is rare and rewarding as evidenced by this project. Through use of white as a unifying colour, the architects achieve cohesiveness in the busy variety of the design of units. There is thus a great emphasis on the experience of the user while maintaining [and perhaps enhancing] the commercial interest of the project.

The project takes on a difficult challenge of breaking away from convention by valuing architecture as an agent of quality and therefore, Rohan Mithila in Pune by Mindspace for Rohan Developers is a Citation project in The Merit List.