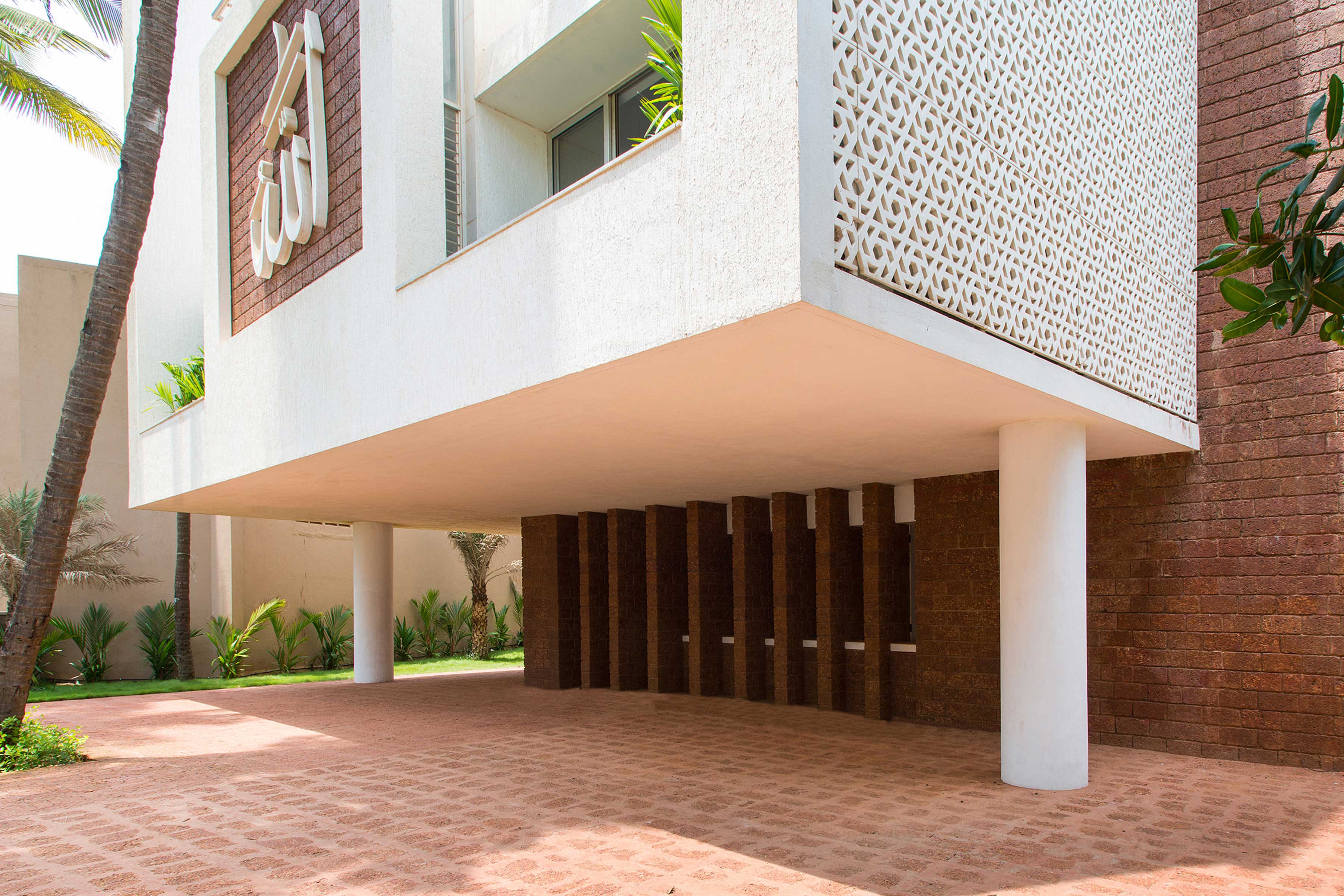 Religious buildings resist change in its iconography owing to the preconceptions of religious symbolism and an affinity towards particular imagery associated with traditional continuities and forms related to powerful images of historic structures. In this context, the negotiation of design for architecture practices becomes a difficult and critical proposition. This negotiation is not just a dialogue with the patrons and the people who are to use the building – a mosque in this case; but also with the conventional habit to take a route of a superficial transfer of form sometimes expressed in modern materials.

The Kodi Mosque is built for a small and growing minority community and a benefit of doubt is given to the architects who must have convinced people to look beyond known and obvious architectural expressions of a mosque and aspire for a design that speaks in their collective contemporary voice. The same holds true for the client who commissioned the architects and who had the conviction to support this alternative vision for the mosque.

The architectural merit of the building lies in the way it employs modern formal, structural and material means to design a new building structured on top of an existing and functioning one. The light screens that envelop the prayer hall allow coastal breeze to ventilate the mosque and the space within is filled with natural light brought in from the roof and the sides.

The building moves a gentle 4 degrees to orient the Mihrab more accurately to Mecca and the landscape of the site connects the Mosque to the sea and the courtyard creating opportunities for the visitors to gather in groups or find solitude.

In a time when one can sense a palpable rhetoric in the support of more fundamental and rigid religious and cultural frameworks, this mosque for a small minority community surprises with its simple, eloquent and frugal architecture. Much is still left desired in its design and articulation but this Kodi Mosque in Mangaluru designed by Architecture Paradigm makes an important argument by pointing in a direction of a more progressive discourse through architecture and therefore, it is a Citation project in The Merit List.