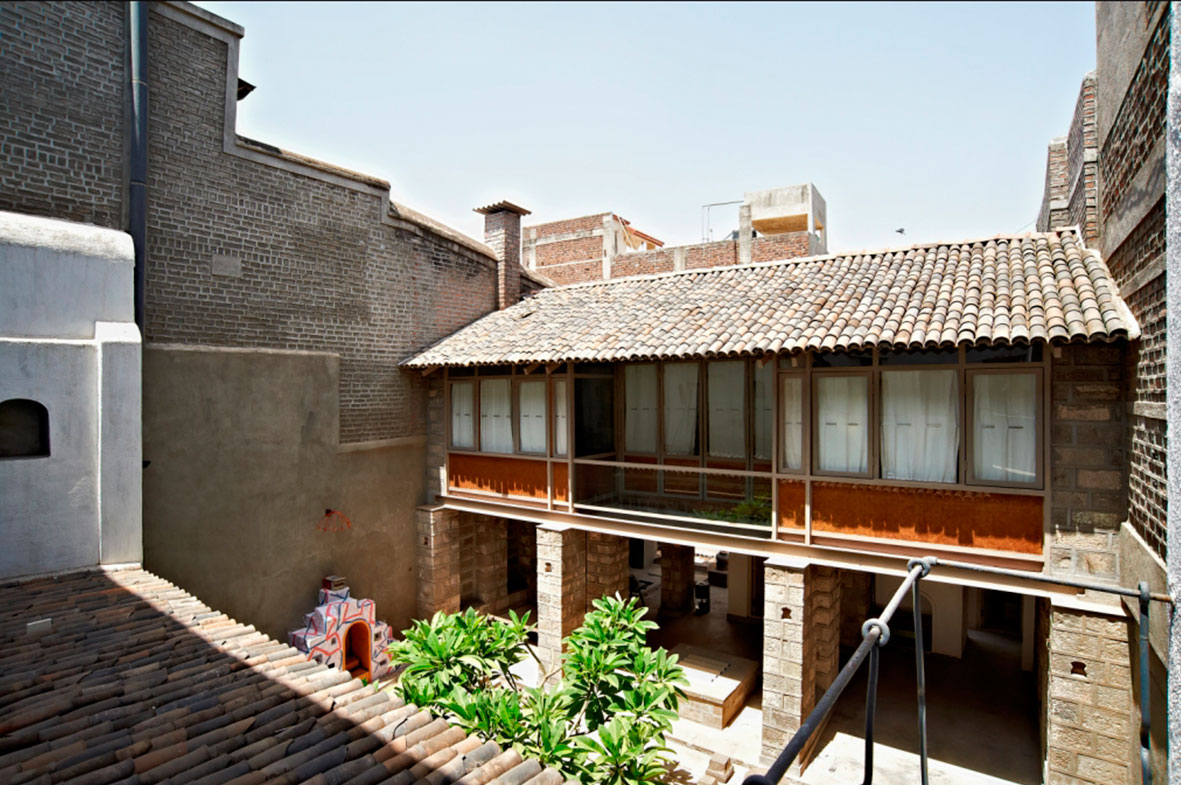 This project of restoration of an old house in Sangamner by Artha Studio exemplifies the process and the approach of renewal of value and ambience through careful study of the old without falling prey to a stylistic or a caricaturized version of history. It is a contemporary intervention on a small domestic site and deals with the identity of the existing in an unconventional way.

The architecture negotiates a middle-ground between the old which is restored respectfully and the new which is added sensitively. The design of the intervention thus exists neither romanticising the old nor suppressing the new. The architecture takes good care of registering the past by allowing its traces to reveal in the patina.

Yet, the past does not just serve as a backdrop for the contemporary but informs the modern intervention in its scale, location and ambience. The architect exercises good sensitivity in dealing with the memory of surfaces and things and the insert co-exists without effort. There is a skilful understanding of the found aesthetics, and materials and the palette is used in a simple way to re-new the space within. There is a lot of care in the detail.

The domestic architecture of our past is diminishing in its presence and relevance as it loses its vitality against a surge of development that has no patience to deal with the previous layers of history. It is one of the major areas where architectural heritage is in the private realm.

This project is a case-study in the ability of an architect to make a contemporary intervention while working with what has gone before not just in terms of spatial and material gestures but also in terms of restoring a lost ambience and atmosphere all the while maintaining integrity of the contemporary insert, and therefore, the restoration of Janakee Sadan in Sangamner by Artha Studio is a Commendation project in The Merit List.